In this post, we'll walkthrough how I set up continuous deployment for my Vue.js static website. Every time I git push to the primary branch of my repository, an automated process will build the project and upload any new files to Amazon S3 with the appropriate caching headers.

This post is part of an ongoing series on building Connect Four with Vue.js and Phoenix.

Here's an overview of the tools involved:

From CodePen to Github

Since my version of Connect Four up to this point has been built and hosted entirely on CodePen, my first step was to move the source code to Github. I initialized a new vue-cli (version 2) using the webpack template.

With the game working and now backed by version control (source code), I was able to bundle a set of static assets suitable for deployment to a provider like S3:

For vue-cli version 2, this command builds an index file and its associated assets to the dist/ directory. This will be important when we set up the build for continuous deployment.

For users of vue-cli version 3, the above command would be simply yarn build.

Though there are big changes coming to vue-cli in version 3, it's still in alpha and the documentation is still WIP as of this writing. Though the commands for initializing and building a Vue project may differ in v3, the workflow described in this post still applies.

The host with the most

To host on Amazon S3, I needed an S3 bucket with permissions to make its contents available to the public for static website hosting. This can be done from the AWS console:

On the Properties pane on the bucket management page, I enabled Static Website Hosting and entered index.html as the name of the index document to match the output of the Vue build.

This screen also reveals the public endpoint for the S3 bucket index page, which is what we'll need to navigate to our deployed site in the browser. The endpoint may be something like http://bucket-name.s3-website-region-name.amazonaws.com.

On the Permissions tab, I added a bucket policy to provide public read permissions to everything in the bucket.

The AWS docs recommend the following policy for static website hosting. If setting this up for your own bucket, be sure to replace bucket-name in the Resource string with your bucket name:

For more information on setting up static websites on Amazon S3, check out Kyle Galbraith's How to host a website on S3 with getting lost in the sea, which also touches on costs and custom domain setup. Connor Leech wrote a nice post on hosting a Vue.js website on Amazon S3 with manual file upload, which I used as my starting point. The AWS documentation provides a general walkthrough as well.

Automatic for the people

For continuous deployment, I chose CircleCI 1.0 since I'm most familiar with its configuration options and it's currently free for my needs.

With my Github account linked to my CircleCI, I added my Connect Four Github project to CircleCI from the Projects tab in the CircleCI dashboard.

I also added a circle.yml file to my project similar to the following:

The configuration above will do several things on each git push:

Note that the s3deploy command receives a -source=dist/ option to indicate that only files output by the build step will be synced with S3.

I like s3deploy for its simplicity and speed (it's written in Go). It will only upload new files or files that have changed. It also provides advanced configuration to fine tune response behavior on sets of files by route through a separate .s3deploy.yml file. Here's what I used to add long-term caching and gzipping for static assets in my bucket:

Almost done! To give the s3deploy command permissionsto add and modify files in my S3 bucket, I needed a set of AWS credentials linked to another AWS authorization policy. To do this, I created a new Amazon IAM user for programmatic access in the Security Credentials panel on AWS. 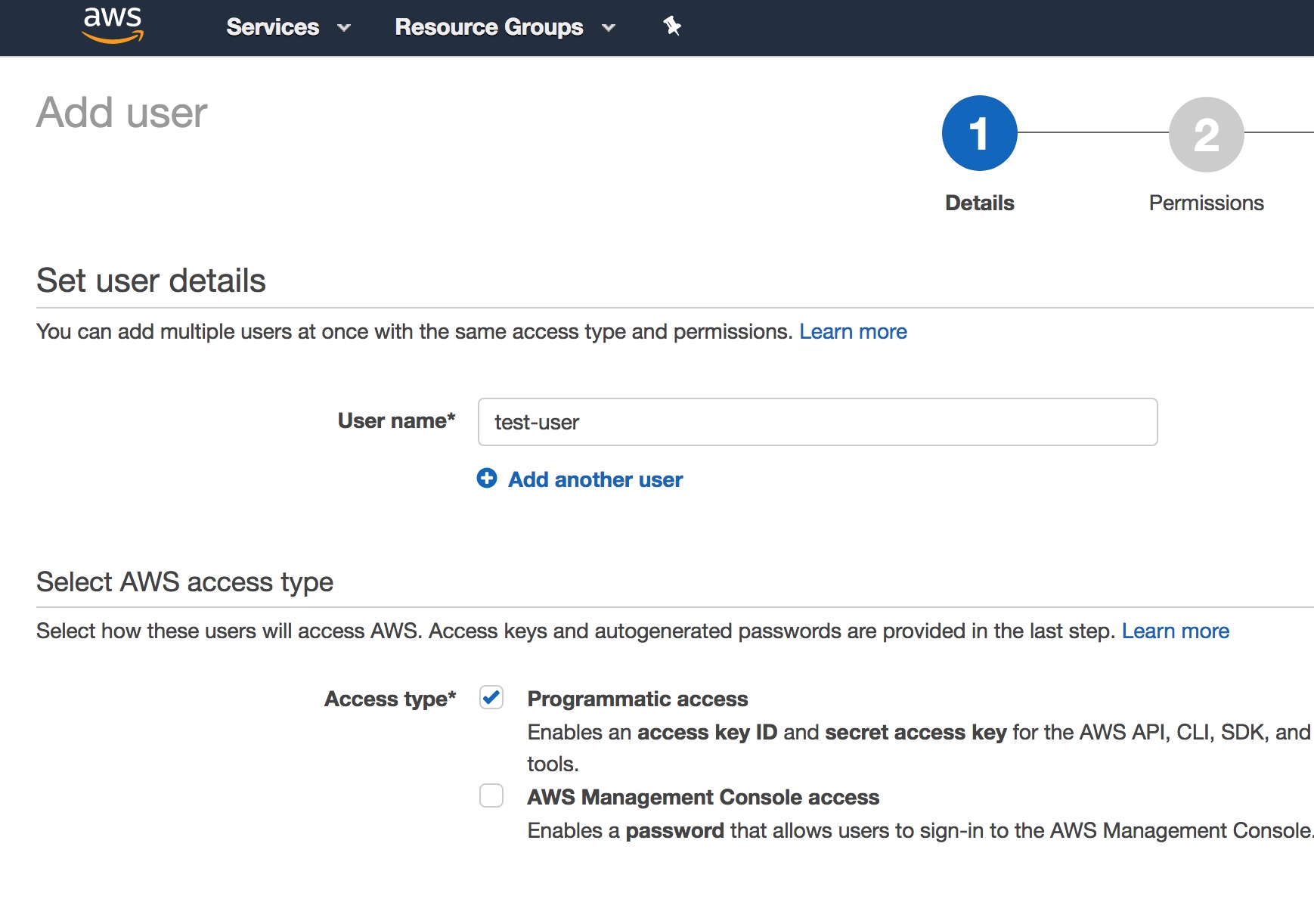 I added this user to a security group with the following policy:

With my new IAM user, a fresh set of credentials, an AWS access key id and secret access key, are now available to control my S3 bucket programmatically. 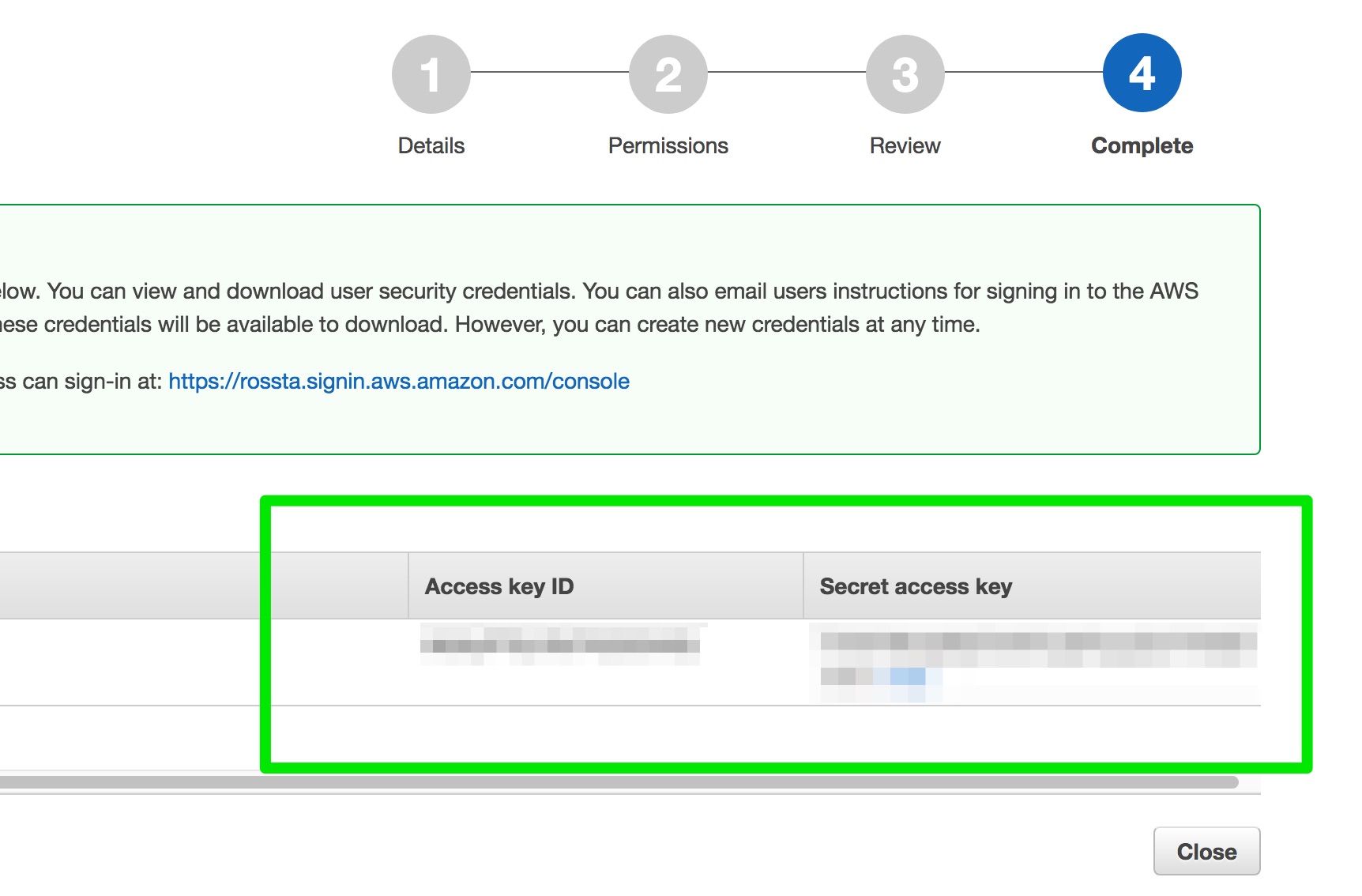 If you follow these steps, make sure to keep your credentials in a safe place. Anyone with these credentials would be able to modify the contents of your S3 bucket with the permissions we've used.

Check out the docs for more information on managing Amazon IAM users.

I added these credentials to CircleCI through its project level configuration page in the web UI.

This step makes the AWS credentials available to the build environment. It's a more secure option than adding credentials as plain text in the circle.yml file.

Now, when we push to Github on our primary branch, the build process on CircleCI will fetch our dependencies, bundle the static assets and compile our Vue codebase to the dist/ directory, which will then be synced to Amazon S3. As long as the build and sync steps succeed, we ensure that the latest code is always in production with minimal fuss from the command line.

Discuss it on Twitter · Part of the Connect Four series. Published on Feb 5, 2018

This tutorial demonstrates how to create Vue.js components that can render PDFs along with tools like webpack, PDF.js, and the canvas element.

Our series on building Connect Four with Vue.js continues by setting up automated deployment to Amazon S3 with CircleCI and the command line tool s3deploy

In this post for the Building Connect Four with Vue.js and Phoenix series, we'll implement an algorithm for detecting four-in-a-row with JavaScript and display the results to our Vue.js components.